The guest speaker was Brigadier General (retired) Thomas Maffey, Chief Operating Officer, McChrystal Group, who retired after a 30-year career with some of the military's highest performing organizations, including the 75th Ranger Regiment and the Joint Special Operations Command.

He praised the second lieutenants as being part of a profession of arms, sharing that "Great leaders build cohesive teams," and advised them on the importance of self-awareness, trust, competence and integrity. Congratulating their families, BG Maffey shared, "You've raised men and women of character."

In 1966, COL Breheny was commissioned in the U.S. Army, graduating valedictorian Magna Cum Laude from the Stillman School of Business, then receiving a special Teaching and Research Fellowship created for him jointly by the Stillman School and the College of Arts and Sciences, completing his M.BA. His computer skills and work with the Fort Monmouth Signal School Officers Information Technology Program enabled him to receive prestigious assignments such as First Signal Brigade in the Republic of Viet Nam, operations Officer of the only AUTODIN Communications Center in Viet Nam and the Officer-in-Charge of the largest cryptographic account in Southeast Asia. He was promoted to Major while developing a career at ExxonMobile. He was accepted into the inaugural Drilling Individual Augmentee (DIMA) program, and his expertise enabled him to improve operations at Fort George G. Meade Hospital and Walter Reed Army Medical Center. At Exxon Mobile, he was assigned to all corporate levels from refinery management to Global Corporate offices.

Also acknowledging all she has done to support the Pirate Battalion and Army ROTC, Interim Provost Karen Boroff received the Colonel of the Regiment Award from the commissionees.

Lieutenant Colonel Russell P. Lemler, Professor of Military Science told the graduates, "I'm proud of all of you and look forward to serving with you for many years to come. The mentor relationship doesn’t end today, you will always have a place here."

The ceremony brought about a sense of eagerness for the 14 graduates.

Jong W. Park from Ridgefield Park, NJ, majored in Political Science, graduating with a B.A. from the College of Arts and Sciences, Magna Cum Laude, said, "In ROTC, I found my best friends for life. These guys are my family, my brothers and sisters." As an aviation officer, he'll be flying helicopters for the Army and planning aviation missions. His advice to others who may want to go on the same path. "Be adventurous. You don't know what life has to offer – You don't want to limit yourself open up others areas in the future. Trust those that care about you, including friends and family." He'll be assigned to Fort Knox Kentucky to evaluate ROTC candidates, then to the U.S. Army Aviation Center of Excellence at Fort Rucker, Alabama for the Basic Officer Leadership Course.

He's assigned to the Fort Sill Oklahoma Fires Center of Excellence for 18 weeks in the Basic Officer Leadership Course in field artillery and looks forward to the future. "I have a passion for mentoring people. That is why I joined the army, I'll be doing a lot of mentoring, and seeing people succeed makes me happy."

Patrick J. Hurley of South Brunswick, NJ, graduated with a B.A. in Arts and Sciences, majoring in Political Science. "I enjoyed studying political science, domestic policy and the international side of it."

Of his time at Seton, he shared, "I love our cadre. Lieutenant Colonel Lemler is the kind of person you actually want to follow. He has a way of making you do your best. MS (Military Science) 18 is like family, a fraternity. We have a close bond." He praised the deans and Professor Robert Pallitto for providing such good support systems and enabling him to intern last summer in Germany with the Cadet Troop Leader Training (CTLT) with the Second Cavalry, shadowing a second lieutenant. "Developing your leadership skills, your briefing, I literally took the role of platoon leader," he shared. He'll be stationed with the Calvary Division in Fort Hood, Texas.

The Pirate Battalion includes 24 colleges and universities in northern New Jersey. The 2018 Commissionees include: 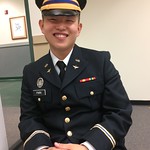 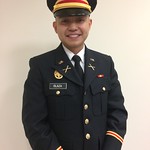 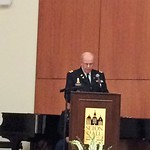 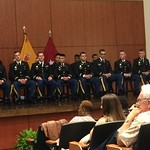 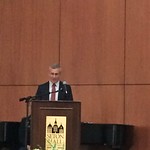 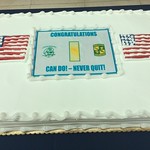 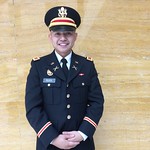 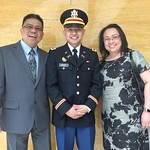 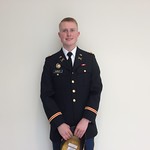 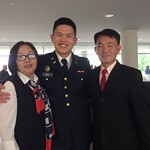 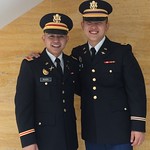 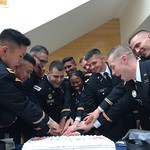